BOIL WATER ADVISORY FOR THE ENTIRE NORTH SIDE OF HODGENVILLE 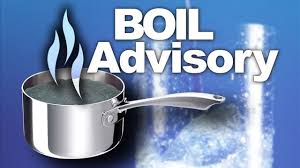 Although NO CONTAMINATION HAS BEEN CONFIRMED we recommend: Bring all water to a rolling boil, let it boil for three (3) minutes, and let col before using, or use bottled water. Boiled or bottle water should be used for drinking, making ice, brushing teeth and food preparation until further notice. Boiling kills bacteria and other organisms in the water.

ENTIRE NORTH SIDE OF HODGENVILLE FROM THE LINCOLN SQUARE NORTH.

There was a water main break that occured AT NORTH LINCOLN BLVD AND HAMILTON ACRES ST. Crews are on scene at this time fixing the break.

We apologize for any inconvenience this may have caused you. This advisory was issued as a precautionary action and can only be lifted with the approval of the Kentucky Division of Water. When all appropriate laboratory testing is completed and The Kentucky Division of Water allows us to lift the advisory we will inform you when you no longer need to boil your water.